I decided that perhaps responding to the weekly photo challenge in the correct week was actually quite nice, so I thought I’d do it again. So here is my response to this weeks challenge: Transformation.

Water is perhaps one of the more obviously changeable things around. Whether it’s as a gas, liquid or solid, water is around us all the time.

In between Christmas and New year last year we had a particularly cold snap (for our area of the UK at least). In the garden was an empty sand table that the lid had blown off and filled with water. Over night the temperatures dropped very low as you might expect in winter and the water froze. Being a curios soul I decided to see how thick the ice was. It was perhaps an inch and a half thick, so not really that bad. But there were some very interesting shapes that had formed leading down from the surface ice along the side of the sand table. Part of the reason it had been so cold overnight was a complete lack of cloud, so early morning came with bright sunshine.

The camera came out at the suggestion of my wife and I decided to do what shouldn’t really be done. I was taking photos looking very close to the direction of the sun, this gave some very interesting light patterns  It also meant that these delicate shapes started to melt quite quickly so as well as the ice and sun shining through there are also water drops forming. 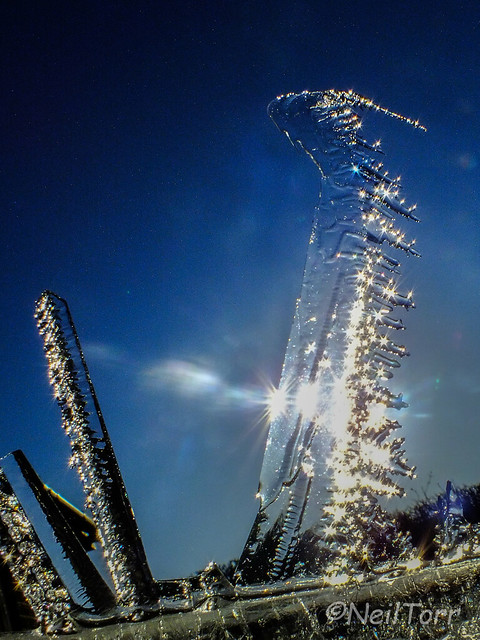 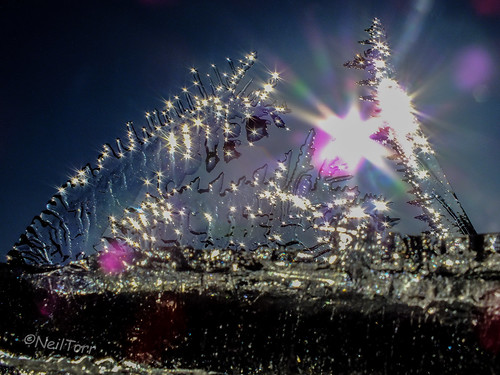 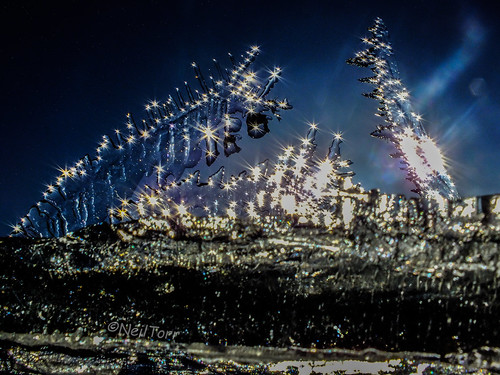 One more quick example using water again. The same day these photos were taken I went for a quick walk around the village. Bunches of flowers had been out overnight and so a thick layer of frost and ice had formed on them. Again as I was taking pictures the ice was melting to water: 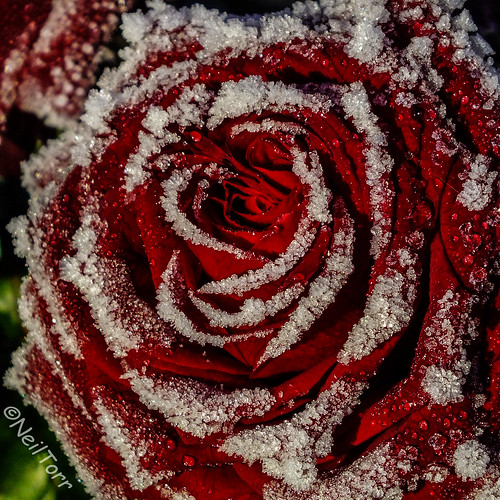 Thank you for reading, I hope you enjoyed these photos.