Thought I’d do an almost current photo challenge for once as the last challenge was one that I found a very good example of by chance on a day out for my Dad’s Birthday. Waiting.

Well, you may have guessed from the header image that this was to do with trains. But it is heritage steam trains rather than mainline. The idea of waiting for trains in this instance is not that the train is running late so you are constantly waiting. In this case it was people waiting for the train to arrive for photo opportunities. Obviously lots were waiting to ride on the trains as well, but they weren’t late.

This was a day out on the Nene Valley Railway, and though we have done this a few times before there was a visiting locomotive working the line with resident Battle of Britain Class locomotive 92 Squadron. The locomotive in the header photo is 92 Squadron. The visiting locomotive was A4 Pacific Class locomotive 60009 – Union of South Africa. I do not consider myself a train buff in any way but I do like a good steam train, and they don’t get much better than the A4 class. Another locomotive in this class is the Mallard which holds a number of steam train records including the speed record.

I’m not going to go into too much detail about the day as I am hoping to get round to doing a more detailed post with a few more photos.

So how many enthusiasts and other photographers were waiting? Well, the next photo of Union of South Africa pulling into Wansford station might give you a bit of a idea. 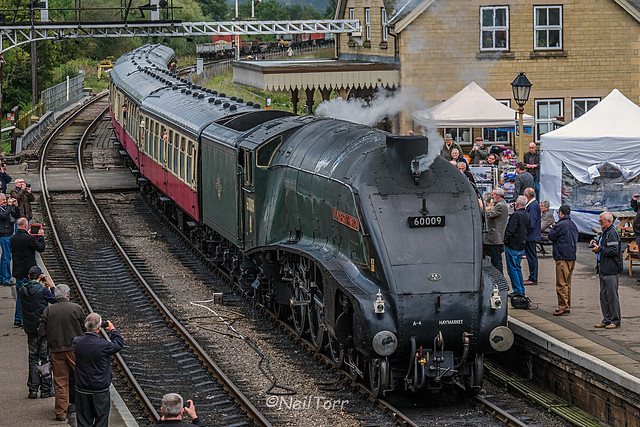 This might not seem like that many, but the footbridge I was stood on was crammed with photographers, and this was only one of 5 stations, though admittedly this was the busiest. There are also several spots where you can wait and see a good section of the line to get photos from – all of these had a good number of people waiting on them.

The photo below is Wansford again, this time a combination of people waiting for photos and to get on the train. 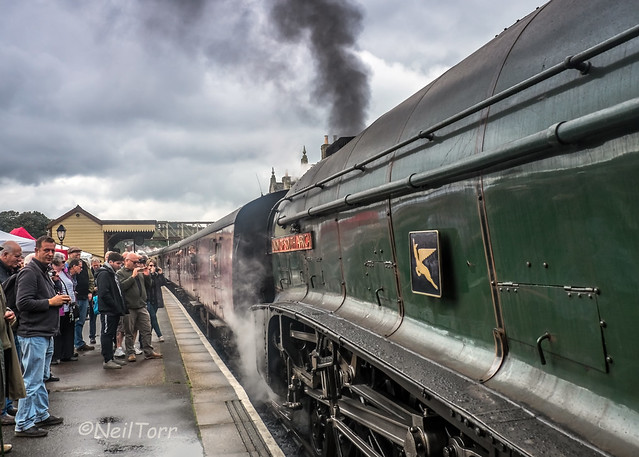 Here is another of Union of South Africa, this time in Peterborough, having de-coupled from the train to change lines and head back to the front of the train after taking on board some more water. 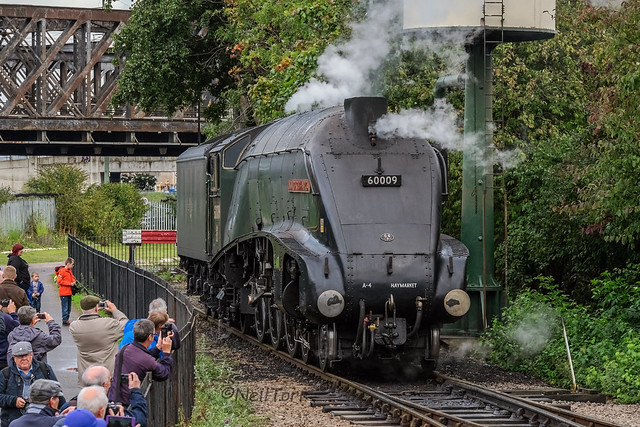 So there you have some waiting – hopefully you have enjoyed this post and haven’t been waiting too eagerly for the end of this post.

Saying that, one last thing to finish off. This is a video taken from a train on the Nene Valley Railway on a different day. This was the newly built Tornado on a weekend visit to NVR. As you get towards the end of the video (I know, more waiting!) you will see a number of people waiting on the banks of the river as well as on the platform and on the bridge passed over just before arriving in the station.

I hope you have enjoyed this post, thank you for visiting.