I popped out with the camera and tripod briefly on Tuesday evening last week trying to get a few pictures in the wet which can look quite spectacular with the older buildings – the Cathedral in particular – and with the added bonus of the Christmas lights being up thought it was worth braving the rain.

Here are a few of the results.

I started off in the Cathedral precincts, setting out to get the whole of the West face of the Cathedral – not an easy task as there are a lot of buildings around it. There is a lot of work going on for restorations in preparations for the 900th anniversary of the Cathedral coming up in 2018 – you can see the scaffolding up at the moment on the North side of the West front and also around the tower on the same side: 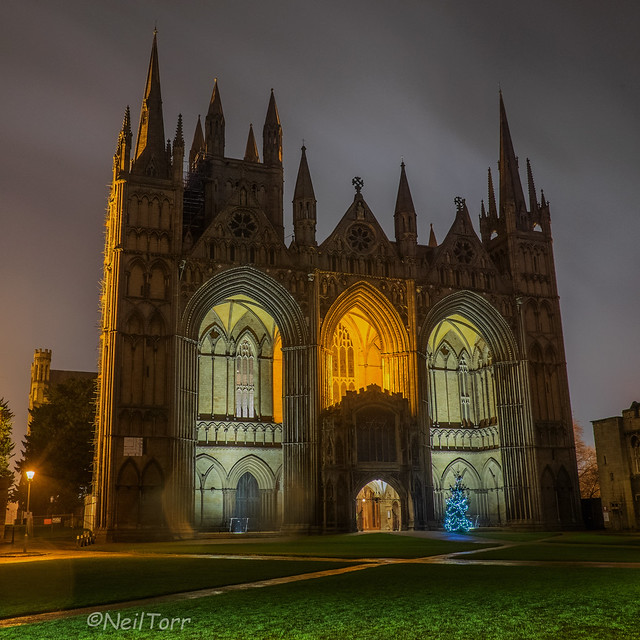 I then moved in a little closer to the West front to get smaller views in, first off still including the arches in full: 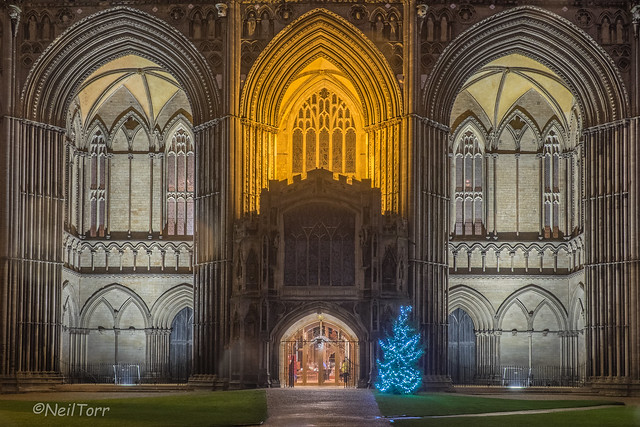 Then moving in a little closer for a closer look at the main entrance. This has all been improved with a new ramp and new glass doors (the original wooden doors are still in place but will remain open whilst the Cathedral is leaving a more welcoming aspect for visitors): 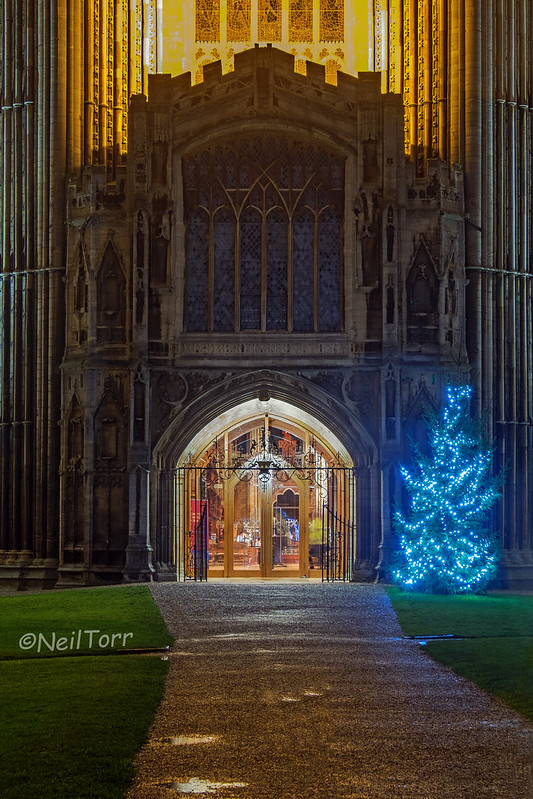 I then went to leave the precincts to go over to Cathedral Square – the centre of town. I stopped before leaving the grounds to get a photo looking out through the Norman arch into Cathedral Square, looking over towards the guildhall and St John’s Church. This was an idea I originally tried last year (at the suggestion of my wife I would hasten to add): 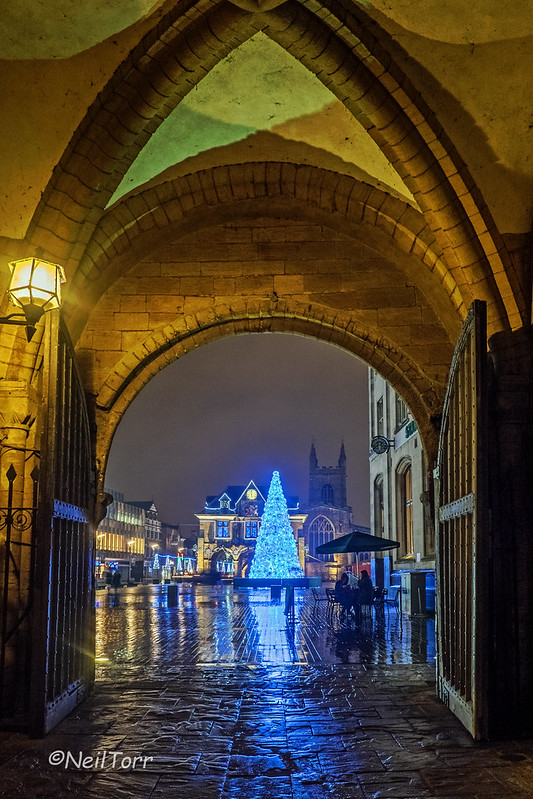 The final photo is of the guildhall and the Christmas tree in Cathedral Square with St John’s church in the background. The tree has caused some controversy as it was rather costly (£40,000 – even though it should last a few years this wasn’t an entirely popular choice), looks nice lit at night but it doesn’t look so nice during the day: 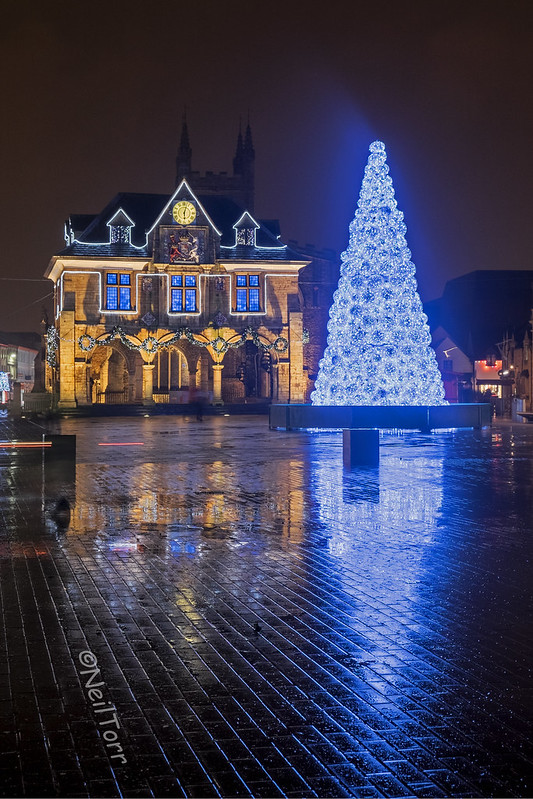 This wasn’t everything I was after as I had wanted to get a picture looking back towards the Cathedral to see the top of it over the precinct walls but unfortunately time was against me as I had elsewhere to be. That just means I will have to go again at some point soon though.

If you want to know anymore about the Peterborough 900 (anniversary celebrations for the Cathedral) please see the link below:

I hope you enjoyed the photos, if you have any questions please do not hesitate to ask.