As per my re-start post I am going to be re-blogging some of my posts from a site that unfortunately no longer exists in an effort to get working on my blog again.

This was the first big blog collection I worked on, wanting to add a bit more substance rather than just a few pictures. As with other posts of old blogs the photos are as taken with the exception of some cropping.

Lovely weather today, bright and sunny if still rather cold. Today was the day to go to Potsdam though we hadn’t decided exactly what we were doing.

When we got to Potsdam we decided a boat tour would be the best way to see a small selection of the palaces that are as common in the area as rainy spells were during April and May this year here in the UK. There are over 15 palaces in Potsdam. 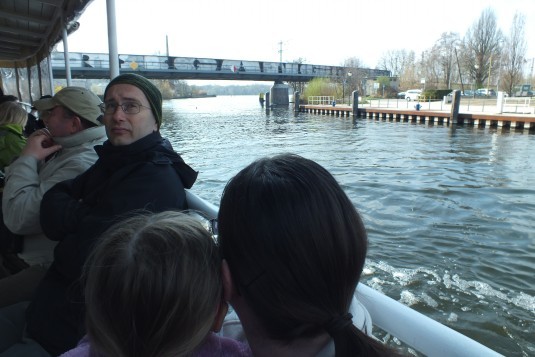 Setting off on the boat tour. 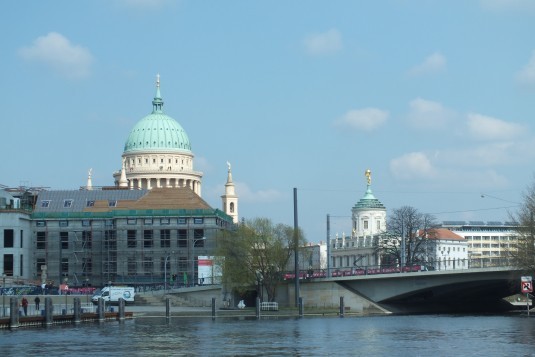 Looking towards the centre of town and you can see on the right the gold statue topped Old Town Hall and on the left the dome of St Nicholas’ Church – more on these later. You can see even here there is a large amount of reconstruction going on. 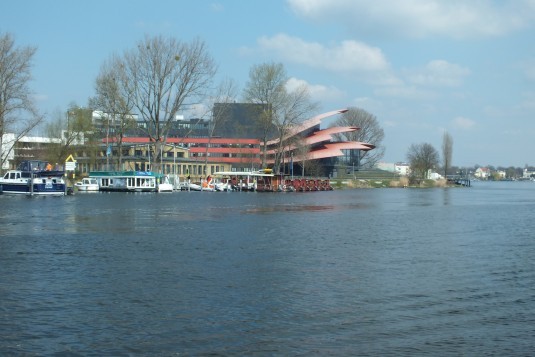 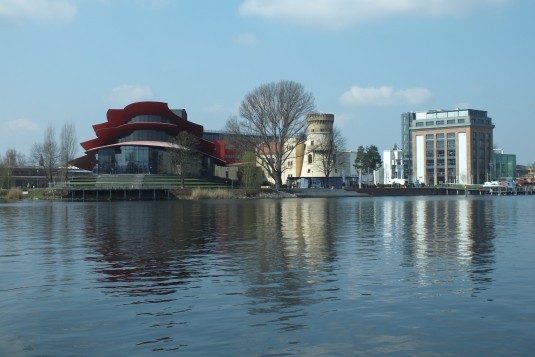 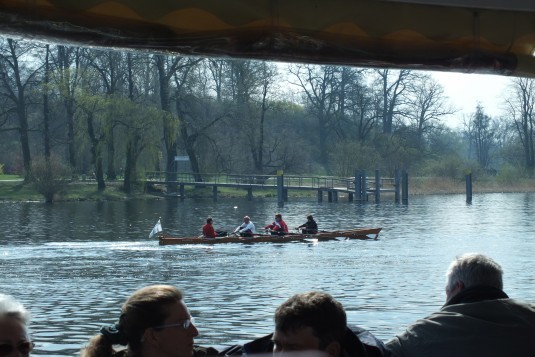 There were lots of rowers out of the river and lakes – seemed to be a popular past-time in the area. 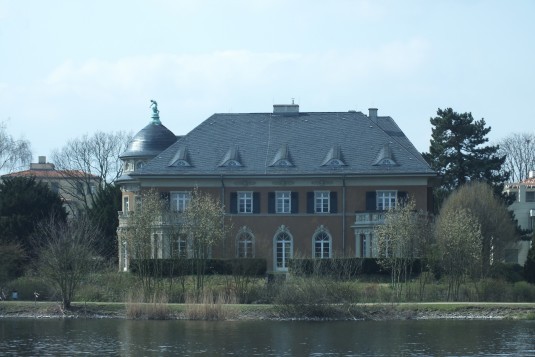 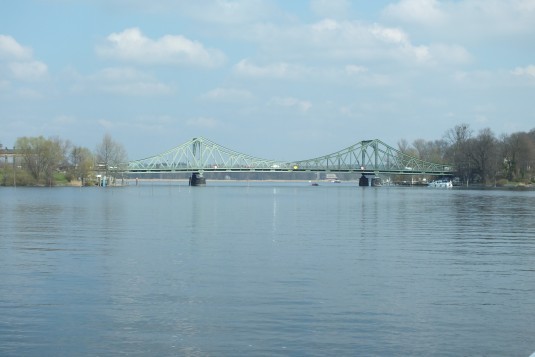 Glienicke Bridge. The current bridge is the 4th on this site and was completed in 1907 though a large amount of reconstruction was needed following damage during the war. This bridge became known as the Bridge of Spies during the Cold War as it was used for exchange of spies on 4 occasions the first of which was the US pilot Francis Gary Powers who was shot down in a U2 in 1960 in exchange for Colonel Rudolf Abel – the exchange took place in 1962. 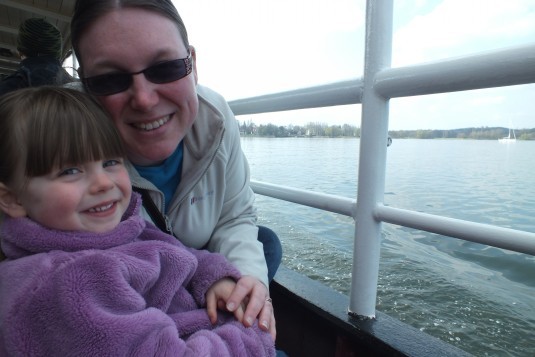 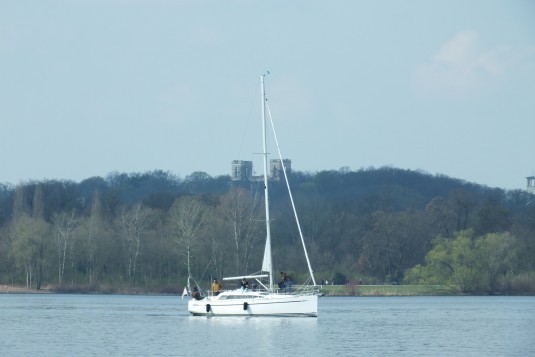 Yacht on the lake, unknown building in the background. 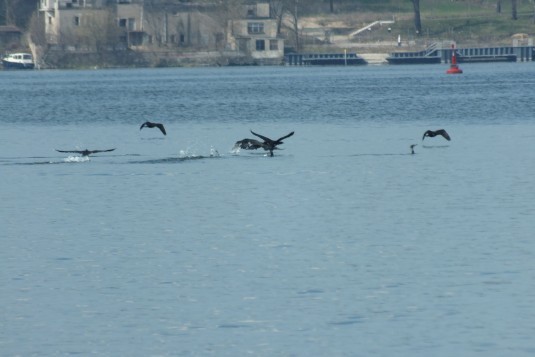 Geese on the move. 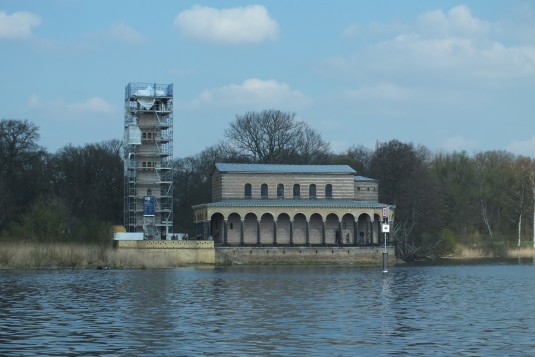 Church of the Saviour. 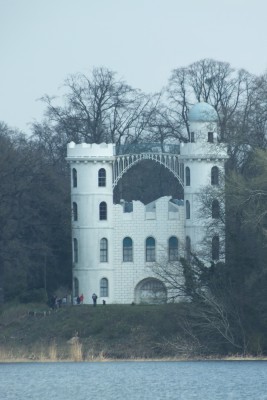 Peacock Island Palace. Built by Brendel for Frederick Wilhelm III and Queen Luise in 1794 – styled as a ruin. 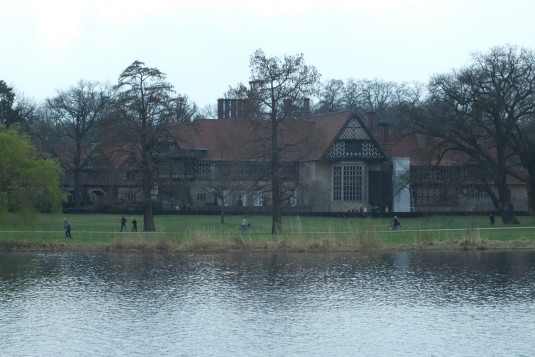 Cecilienhof Palace built by Paul Shulze-Naumburg by order of Wilhelm II for Crown Prince Wilhelm and his wife Cecille 1914-1917. This was the last palace built by the Hohenzollern family and was designed to look like an English Tudor country house. This was the location of the Potsdam Conference on 26 July 1945 resulting in the Potsdam Declaration which defined the terms for Japanese surrender. More recently the was also the location of the G8 summit on 30 May 2007. 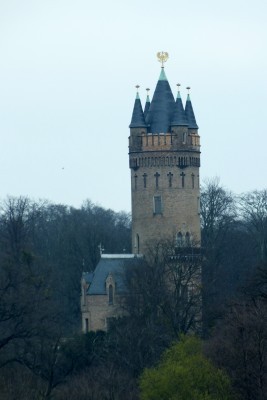 The Gustav – this is the boat we had our tour on. 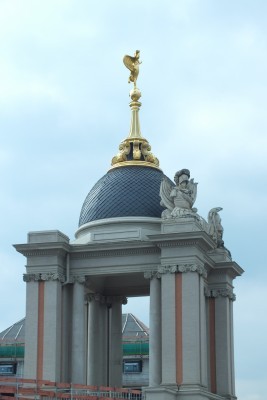 Once back on dry land we had a wander to the Old Market Square which is Potsdam’s historical centre and for 3 centuries the site of the City Palace. Having been badly damaged in the war the Communist authorities knocked down the palace in 1961. In 2002 the Fortuna Gate, pictured, was rebuilt in its original position marking the first steps to reconstruction of this palace. 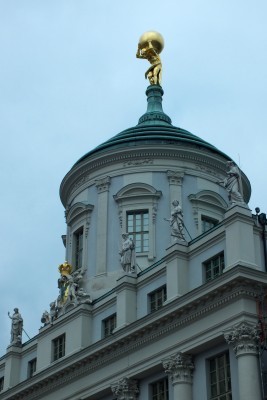 The Old City Hall built in 1755 by Dutch architect Jan Boumann. This was heavily damaged in the war but was one of the first buildings in the area to be reconstructed and was in use again in 1966. 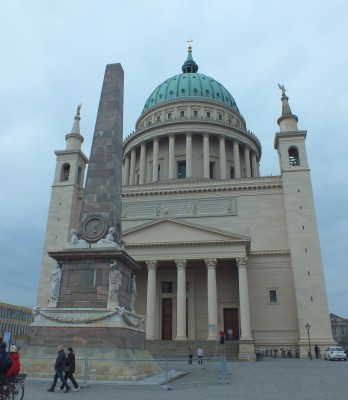 St Nicholas’ Church. Originally built in 1837 this was the last work of Karl Friedrich Schinkel though he did not live to see it completed. Badly damaged in the war this was rebuilt in 1981 and though open to the public we were unable to go in as there was a service on at the time. 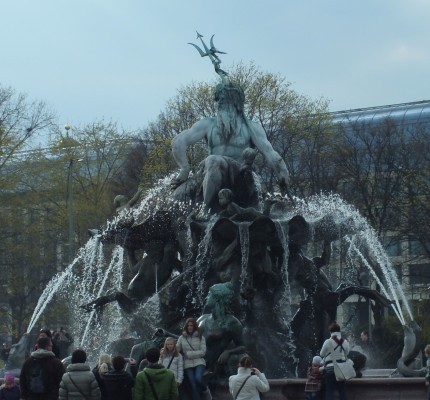 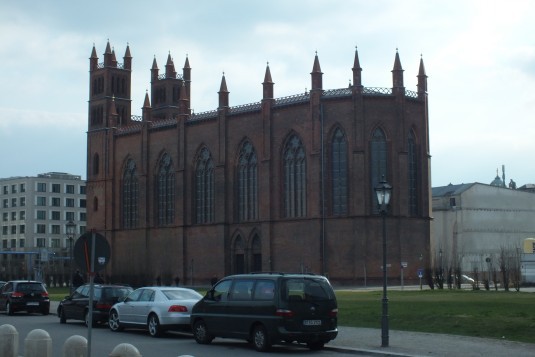 Then on to the old Friedrichswerder Church which was designed by Karl Friedrich Schinkel and built 1824-1831. 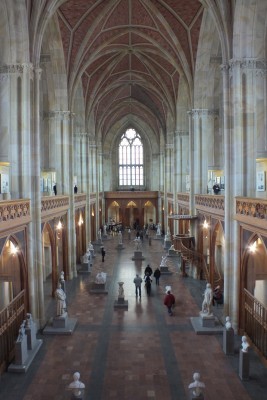 No longer used as a church it currently holds part of the Berlin State Museums’ ensemble, holding the Berlin National Gallery’s collection of 19th century German sculpture with the upper level having an exhibition to the work and life of Schinkel.

And being an old church there are a number of stained glass windows – albeit quite new ones.

Then it was time to eat… 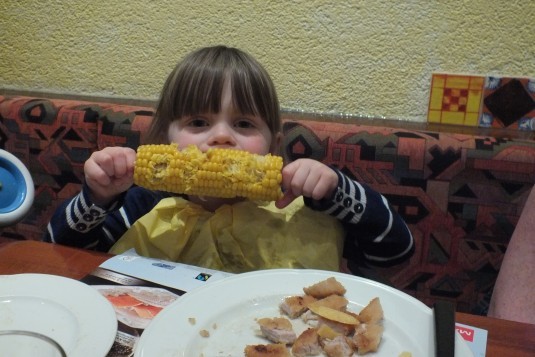 … and back to the hotel for a good night’s rest. 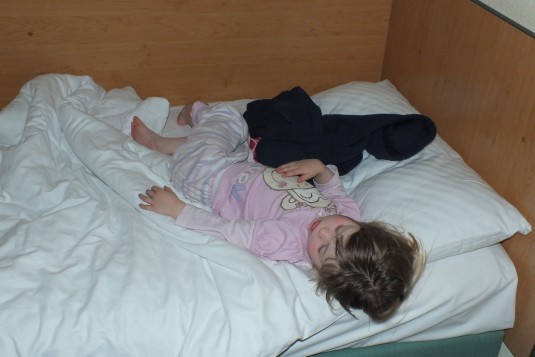 This only left one full day in Berlin before returning home. The next day we went to Tierpark Zoo for which a blog will follow shortly.

Thank you for taking the time to look through this blog – I hope you enjoyed. Please feel free to leave any comments you wish.

Links to all days in Berlin: